Led and egged on by PM – Srinivasan, 16 Sosaley employees smashed their badminton rackets furiously hurling the corks at each other. After a gruelling 4 weeks of league matches and the playoffs, the winner of the tournament were finally announced. Boobathi from marketing and Prashal from technology smashed their way to victory with a score of 21-17 against the runners-up Stephen and Atchaya. The finals were restricted to one game for want of time.

Must say that Boobathi and Prashal had an unfair advantage, both being young lads with more energy against the other pair. At the same time, Stephen and Atchaya did put up a good fight, not giving an inch. The look on Stephen’s face says it clearly – wait till the next challenge. ‘We will smash our way to victory’.

Congratulations to all four for the effort they took to play the game seriously inspite of having tremendous work pressure.

I am harassing the HR and Srinivasan to set up carrom match. Given that I was a college champ, I am sure I can beat these kids any day!! 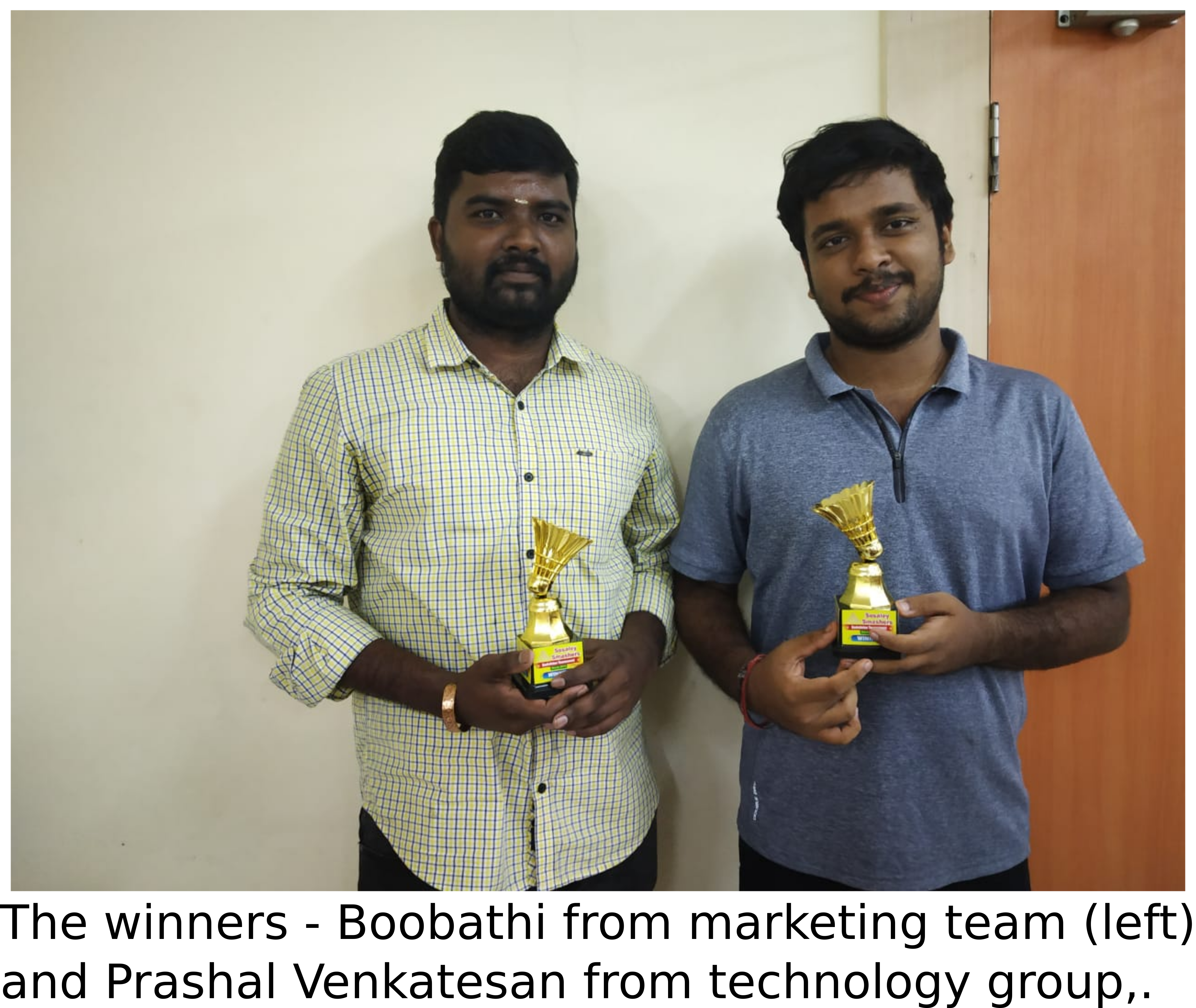 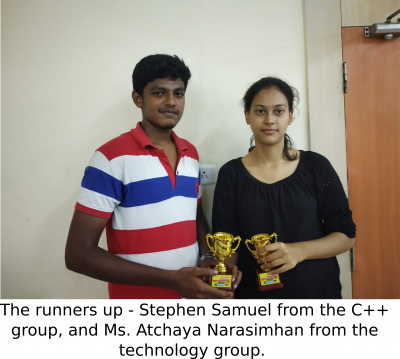