Using the marriage of Venkat Karthikeyan, our team lead, as an excuse, many of us decided to spend some time in Topslip, one of India’s popular wildlife resorts.

Topslip is part of the Anamalai Tiger Reserve, an area of 1479.87 Sq.km that is set aside for wildlife. This wildlife sanctuary is famous for Elephants, Gaur (Indian wild buffalo), Tiger, Panther, Sloth Bear, Wild Boar, Wild Dog, Nilgiri Langur, Lion-Tailed Macaque, Sambar, Four Horned Antelope, Chital, etc. There are also a number of birds including the Pied Horn Bill and several varieties of Eagles.

Topslip is located near Pollachi in the state of Tamil Nadu, India, is about 800 feet above mean sea level, and has pleasant weather all year.

We took multiple guided tours and were lucky enough to see elephants, Gaur, snakes, and large herds of deer.

Walking along the paths in dusk with the potential of an animal hiding behind some bush was quite a thrilling experience. More than anything else, the absolute silence except for the cicadas calling, birds chirping, monkeys chattering, and an occasional bellow of a deer was something none of us will ever forget.

The wonderful experience made us promise ourselves that we will make more of such trips. 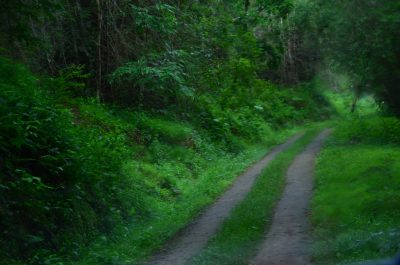 The un-tarred path used by Jeeps and small vans. The paths are kept this way to keep the area as close to nature as possible. 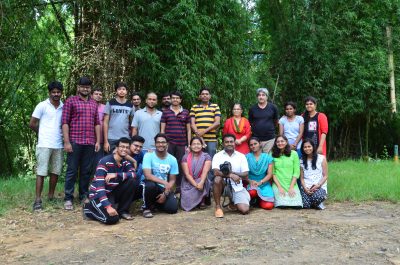 Part of the Sosaley group that went to Topslip. 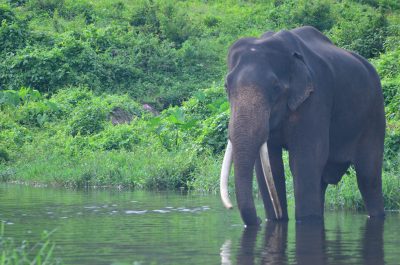 An elephant near a training camp. 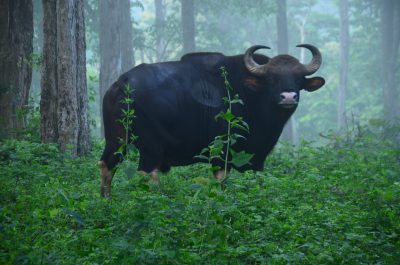 The Indian Gaur (Wild Buffalo) wondering what we were doing in its turf. 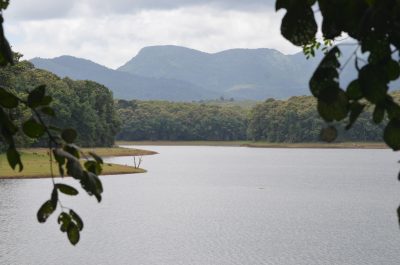 The pristine lake amidst the mountains looks really beautiful.