The Central Electronics Engineering Research Institute (CEERI), part of India’s CSIR has been working on the development of a multi modal drowsiness detection system. Called Vehicle and Driver Monitoring System (VDMS), the system is of immense value to long distance drivers that will understand when the driver is starting to lose concentration. Using sensors on the steering wheel, sensors on the seat and elsewhere, and multiple cameras, VDMS is capable of understanding when a driver is nearing fatigue. Once this happens, VDMS will warn both the driver and others who manage the vehicle.

Artificial Intelligence (AI) and advanced algorithm drive the cameras that watch the facial expressions of the driver as well movement of the eyelids. Sensors on the steering wheel read the heartbeat of the driver constantly. Other sensors measure other parameters including door open/close, etc. Using all this data, the scientists have evolved a powerful logic that can predict when the driver is losing concentration and has reached levels of fatigue that are dangerous for him to be driving anymore.

CEERI and Sosaley worked together to integrate VDMS with Sosaley’s IoT system and take the data to the cloud for alerts and other accident prevention action. Data from the VDMS/IoT combination was displayed on a real-time monitor on a driver simulator. In addition to IoT integration, Sosaley also integrated it’s heavy vehicles Battery Management System, a GPS, and a door open/close status into VDMS.

On 29th November, 2019, Dr. Madan Kumar Lakshmanan, Senior Scientist, CSIR-CEERI demonstrated the combined system on a simulator at the 5th Edition – Conference on Automotive Electronics with the theme “Advances in Automotive Electronics” at Hotel Feathers, Chennai, India. In addition, Dr. Bala Pasela, Principal Scientist at CSIR-CEERI Chennai, gave a technical presentation on the VDMS system to an audience consisting of more than 300 senior management executives from diverse industries all over India and abroad as well as representatives from the Government of Tamilnadu, and the Government of India.

Appreciating the work by his team, Dr. Muthukaruppan Gnanadesigan, Head of Sosaley’s Healthcare team said, ‘We have successfully integrated our hardware and cloud with the hardware of CSIR-CEERI (a reputed Govt R&D institute) and have created a wonderful product in a record time.’

Both CEERI and Sosaley will continue working on this co-operative research to bring VDMS to the market as soon as possible. Sosaley sees a huge potential from the product in saving time, saving lives, and reducing wastage as well as accidents on highways. 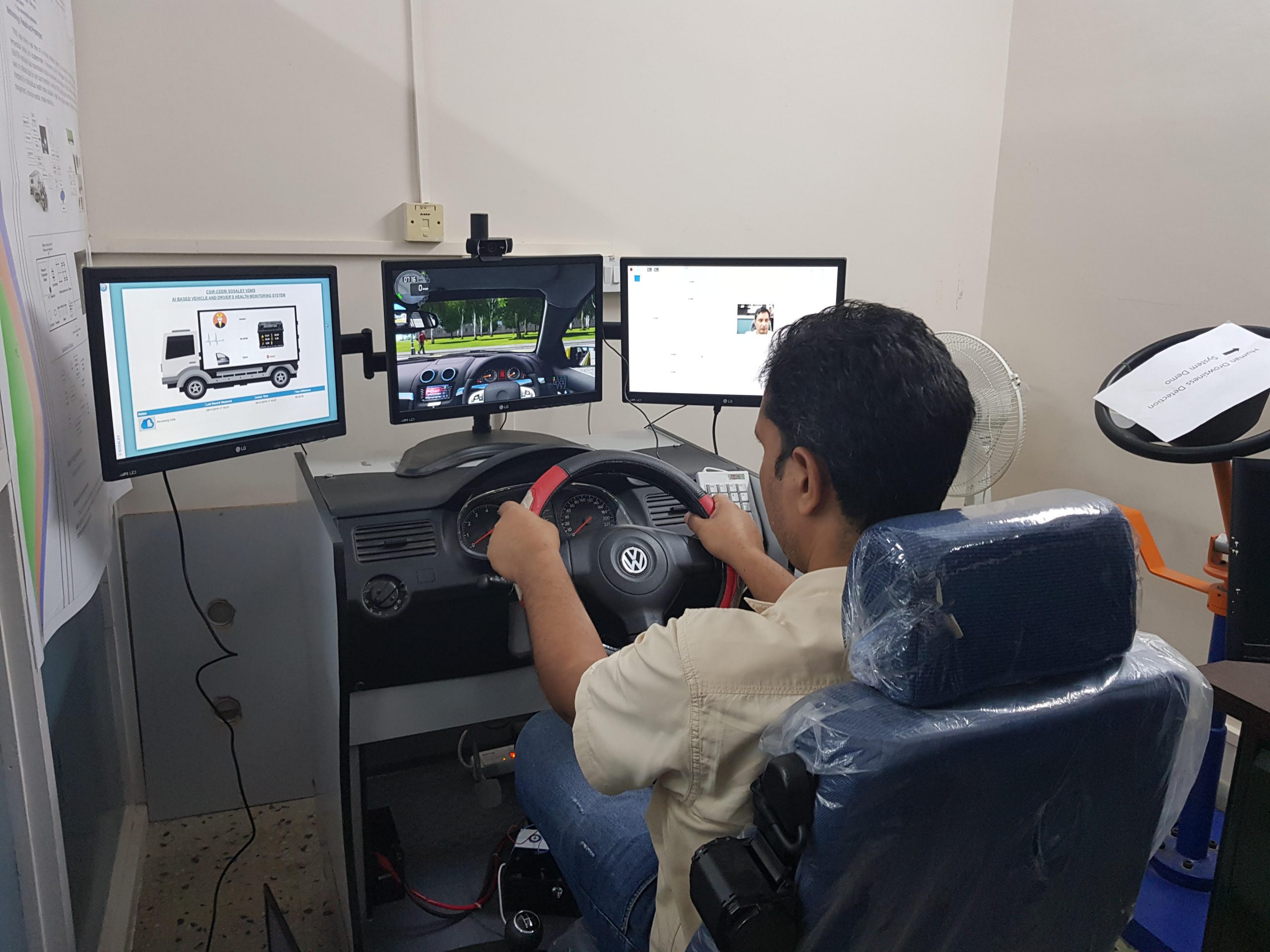 The VDMS simulator being demonstrated by CEERI scientist at the 5th Edition  of the Conference on Automotive Electronics in Chennai on 29th November, 2019. The IoT integration and cloud based data is displayed on the left most monitor. 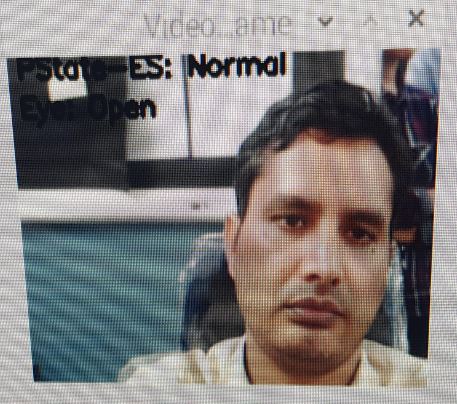 Cameras that watch the driver do a detailed analysis of the driver’s face, his expressions and status of his eyes to arrive at fatigue levels.

In the VDMS-IoT integration, data from the sensors are integrated into a real-time display that shows the status of the driver and the vehicle on a continuous basis.

The Central Electronics Engineering Research Institute (CEERI) was set up by the Government of India under the aegis of CSIR. Its mission is to, “become a globally renowned coveted destination for scientific knowledge, research excellence and innovative technology in electronics as well as allied sciences & engineering, with high social and strategic impact.”

CEERI is HQed in Pilani and has offices and research centres in Delhi, Jaipur, and Chennai.

CEERI Centre, Chennai, is a pioneering institution in developing indigenous technologies for the automation of Indian process industries. As the regional centre of Central Electronics Engineering Research Institute, Pilani, the Centre had a humble beginning in 1974 and got transformed into a full-fledged R&D Centre in 1979. The Centre has developed many novel automation systems using state-of-art techniques for pulp & paper, food, leather, chemical and plastic industries. Later, the Centre has ventured into the development of machine vision systems for societal needs. The designs adopt the latest advancements in specialized areas such as the image processing, fibre-optic and near-infrared instrumentation towards better quality management and value addition to Indian industrial produce.

Sosaley Technologies is a growing company leading in the development of firmware, embedded systems, and other automation hardware and software. Sosaley is led by industry veterans who have pioneered software development in India, and have worked with companies such as Juniper Networks, Citibank, and many other Fortune 500 companies.

Sosaley is working with leading companies in India and elsewhere in multiple domains. Click here to read more about Sosaley Technologies.