We insert heavy doses of modern technology into age old application development. Modern development tools, Agile Process, Robotic Process Automation - all these give you solutions that are exciting and very very productive.

From The Chip To The Cloud!!

Sosaley’s founders have a long history of developing customized solutions across multiple domains. They introduced India’s first shrink-wrapped accounting system and followed it with development for manufacturing, finance, logistics, and a host of other verticals.

On a global scale, we have designed and developed production and warehouse management for one of the world’s largest meat factories in Iowa, US. We have worked with Solomon Software and developed the complete production sub-system including production planning & control, and bill of material, as well as integration for financial ERP. We have worked with a large number of other companies in the US, Europe, Singapore, and Australasia rapidly developing applications and systems for them.

With A Mobile Phone In Between

Sosaley has taken this proud legacy forward and has worked with companies such as Komatsu. It has modernized user interface, taken data to the cloud, and introduced smartphone as a fully functional medium for user interaction. With its expertise in hardware and software, Sosaley is looking at robotics and AI to automate a large portion of something as simple as a financial system. Our attempt is to use video, audio, and images as much as possible as inputs so that the human workload is reduced. The knowledge we have gained in other areas such as video management and data collection is being used productively in application development.

Read on to understand what we can do for you. 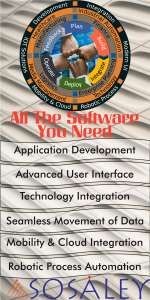 Sosaley has the experience needed to develop applications across a broad range of business verticals. From manufacturing systems to ERP for non-banking entities, we have created applications that have gone on to become the core strength of our customers.

Our applications present a combination of a simple front end linked to rock steady back end processes that work all the time. Tested to handle millions of data records, our processes give you dependability and reliability. We use our knowledge of working with systems software to speed up data access, and data analytics so that you don’t have to wait for a screen refresh twiddling your thumbs.

As more and more personal digital devices percolate into the market, it is important to see how they can be used to ease user interaction. Moving from the simple keyboard, we are looking at using audio and video, gestures and host of other possibilities for user interface. Can we use a nod to take ‘yes’ as an input? Can we use facial recognition for attendance? Can we use audio to opt from choices? Can we use facial expressions to understand user reaction?

We are planning for the day when your personal digital device becomes more ubiquitous than a PC or a laptop.

Our working at the hardware level and with sensors has given us the advantage to develop sub-systems for domains such as logistics. With GPRS and GPS systems, we can constantly update stock information as a delivery truck is moving. We can identify pilferage as it happens.

Using simple facets such as RFID, NFC and even visual scanning, we can build powerful interfaces that use modern technology to the maximum extent possible. With M2M communication, your data updation becomes instantaneous. Use technology to enhance your efficiency and profits. 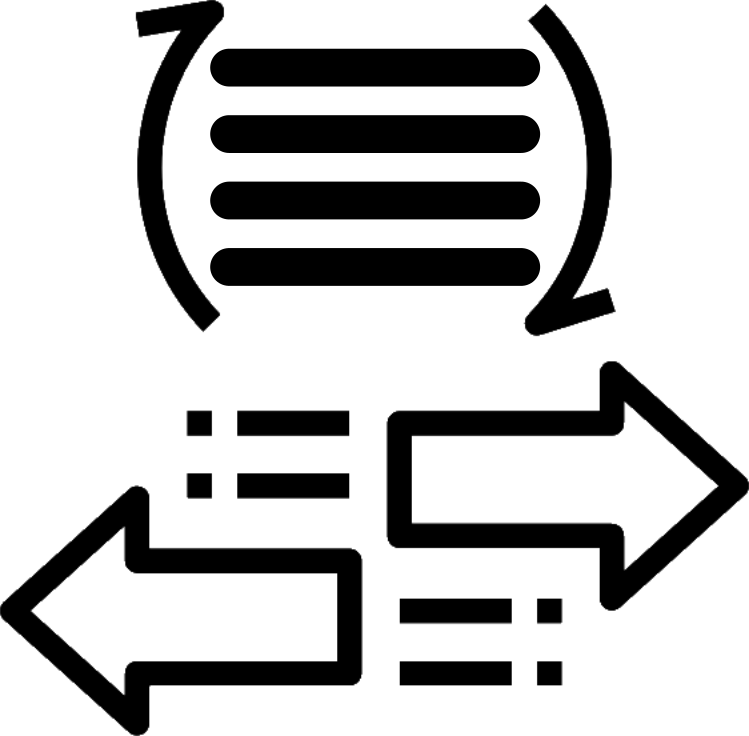 We have perfected the way data is sent to the cloud and processed there. We filter the data by its relevance and segregate it into multiple DBs for faster storage and retrieval.

Not using a smartphone as a user interface device is a criminal waste of resources. That is what we feel. So we started working on interfacing all our development to the smartphone. We have built custom APIs and apps that can be used for quickly transferring data to the smartphone, processing it there when needed, and accepting instructions from the phone. All in real time.

Next time your manager goes for a walk, finds ways of sending critical information to him rather than waiting for him to return to his desk.

We can help you do this quickly and efficiently.

We ensure data gets sent to the cloud irrespective of the location of the data source. We have worked out ways of sending data from hostile environments, from under the ground, and from extremely noisy factory floors.

In the cloud, our super efficient DSR kills time needed for analyses and reporting. You get instant response to your queries, and productive data analytics on a large data set. We analyze data usage quietly in the background, we move old data to an archival system. That way, your current data is small and fast.